EDEN'S CURSE Reform - "The Camaraderie In The Band Is Second To None; We Really Missed Each Other's Company And Making Music Together" 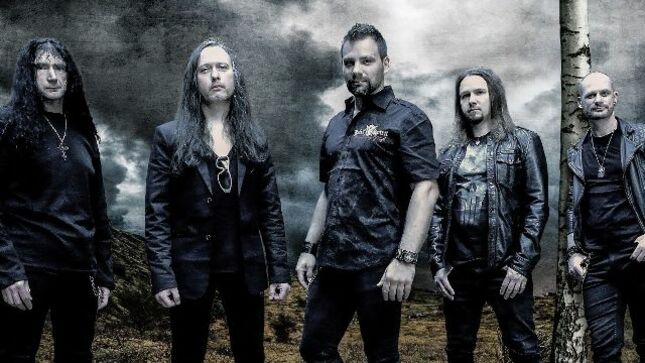 Multinational melodic hard rockers Eden's Curse have reformed and have begun working on their sixth studio album, the follow up to 2016's Cardinal.

Founding member and bassist, Paul Logue, who was recently identified as the unnamed Scottish musician working with James LaBrie of Dream Theater on his upcoming new acoustic solo album, made the announcement last weekend during a Facebook Live session commemorating the band's 15th anniversary.

After almost two years apart, Logue commented on why the band decided to reform now:

"There were some things in my personal life that required my undivided attention, coupled with the state of the current music scene that forced us to call it a day. However, what shone through during our time away and really pulled us back in was the love that our dedicated fan base still held for the band and our music. It really humbled us”.

"The camaraderie in the band is second to none, we really missed each other’s company and making music together. So it was inevitable when we all spoke to each other that we all wanted to get back together".

“It’s been well documented that we have been through several line-up changes over the years, which happens to most bands," said Logue. "But some stability will do us no harm at all and it’s testament (no pun intended) to how well we get on and respect each other’s role in the band. Eden’s Curse has never been, or will ever be, all about one person. It is the sum of all parts. We are thrilled to be back and cannot wait to get to work on the new album”

He also confirmed that he is reaching the final stages of production on the acoustic album with James LaBrie, in which he is also joined by Eden’s Curse keyboard player Chrism. He will concentrate on finishing that record before writing begins in earnest for album number six.

“I have several basic music ideas, song titles and lyrical ideas, which are popping into my head continuously and being recorded for later use” Logue added.

For more details and updates go to EdensCurse.com and the band's official Facebook page.