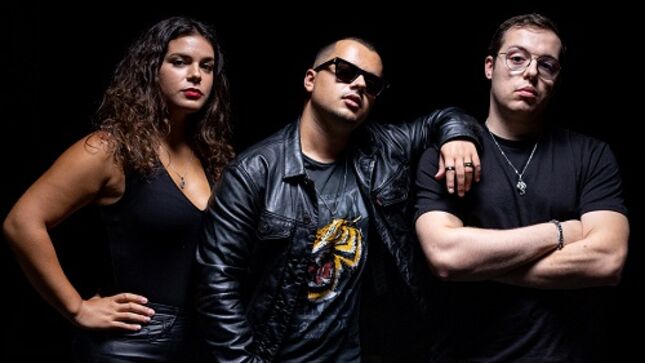 Electron are the new breed of an old sound with a twist. Musically and technically amazing, to say they are a powerhouse is an understatement. All former students of BIMM and originally hailing from Portugal, Electron have permanently settled in England to shake up the rock and heavy metal scene internationally.

"We’re working on the album. It’s been recorded at RAK Studios London and Marshall Amplification. It grabs you by the balls, hoists you up by them and throws you off a cliff. You’ve never heard guitars this mean, massive statement I know," says the trio.

Electron’s new single / video 'Wake Up!' invokes the angst of today’s youth counterculture, an underground movement forced to stare at society without being able to make a difference. A full 1980s-styled modern metal tribute that screams out its bleak look at an almost Orwellian image of modern life as we know it.