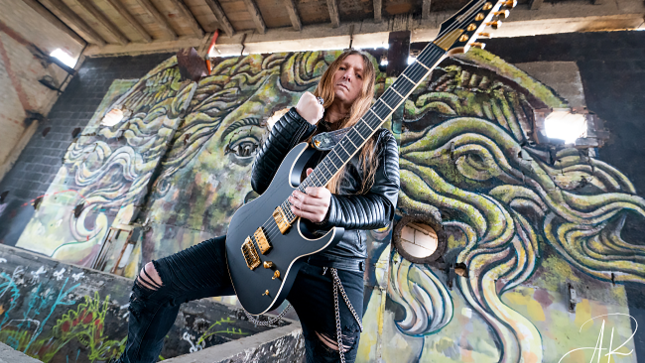 Andy Martongelli, six-string virtuoso and guitarist of the metal bands Ellefson and Arthemis, releases the new video of the instrumental song "Army Of Darkness".

Andy states: "AOD is a fiery, melodic, dark song, a sort of soundtrack that combines many sides of me and the music influences that inspired me through the years. I'm very proud of this piece of music and I'm ready to write more songs with the same enthusiasm and freedom that inspired me to write my first instrumental solo album titled Spiral Motion! Let the madness begin!"

This instrumental song, inspired by the famous movie "Army Of Darkness", was written to celebrate Andy's new one of a kind "Ibanez AOD" Guitar, that the famous Ibanez LACS (Los Angeles Custom Shop) built exclusively for him.