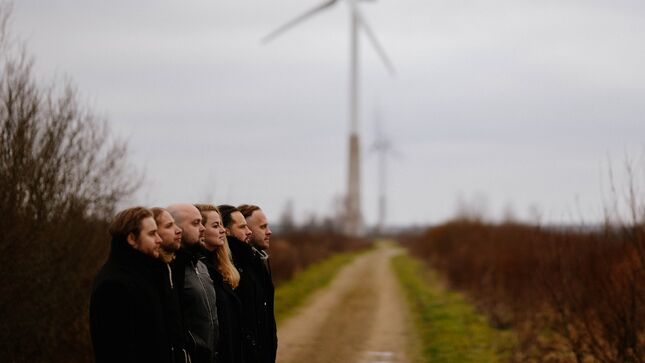 Progressive sextet Emphasis has released a music video for "Regulus", the opening track from the band's latest released EP Spiral Of Time.  The video was taken by Estonian photographer Aleksandr Kljuchenkow and captures the beauty of the stunning Nordic nature.

Emphasis is a 6-piece experimental progressive rock band with heavy metal roots and classical jazz touches. The band was founded in 2010 in Estonia by guitarist Pavel Korotaev, bassist Katya Gritskova and keyboardist Vsevolod Tselepis. Over the years, the band has released three studio albums and played many live shows across Baltic countries and Finland, sharing the stage with such artists as Arkona, Kobra And The Lotus, Mayan, Testament, and Cryptopsy. In 2020, the band took a decision to change the set towards progressive rock and Deniss "Bowrush" Burashnikov joined the band's ranks as a frontman.