ENSLAVED – Debut Vikingligr Veldi To Be Issued On Vinyl For The First Time; Preorders Available 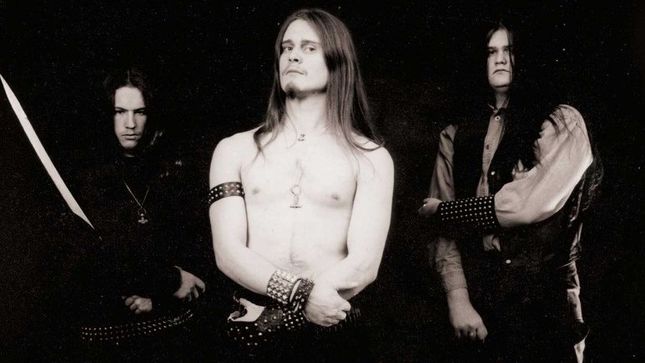 Norwegian progressive extreme metal icons Enslaved will issue their debut full-length, the now legendary Vikingligr Veldi, on vinyl for the first time ever. Set for release on September 23rd via By Norse Music, the limited 2LP gatefold edition includes a stunning new layout design by Z. Bielak (Ghost, Mayhem) as well as four brand new illustrations specially made for this groundbreaking offering. Additionally, the record has been respectfully remastered for vinyl by Iver Sandøy preserving every bit of its original dynamics.

Enslaved's Vikingligr Veldi, initially released in 1994, was co-produced with the legendary Pytten (Immortal, Mayhem, Burzum, Emperor) in Grieghallen, Bergen, Norway. The album features lyrics in Icelandic, and is a tribute to the Norse landscape, history, and mythology. The songs match these themes with long, horizontal songscapes, dense atmospheres, and winds from the past.

"We have been waiting since the day we recorded it," comments Enslaved's Ivar Bjørnson, "and at last it is happening! It has been a challenging journey, and it has demanded a lot of patience and understanding from all parts involved. The day we held the finished product in our hands was as sacred a day for us as the day we finished recording it."