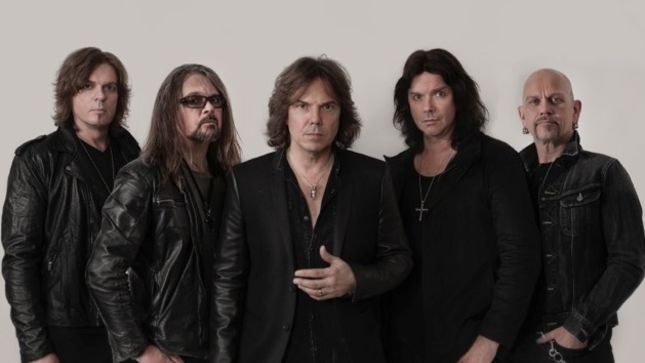 This is sweet! BraveWords is offering up a copy of the new Europe album, War Of Kings, out on March 10th. But there’s more! It’s the Limited Edition Box featuring CD, t-shirt, bonus DVD, postcard and sticker!

To enter the contest you must "Like" BraveWords on Facebook and then send us an email to contests@bravewords.com with the subject line "Make Me The King!". The winner will be chosen at random. Contest closes February 25th. Please include your snail mail in your email!

Check out the official War Of Kings trailer below:

The music video for title track directed by Patric Ullaeus of Revolver Film Company (In Flames, At The Gates, Arch Enemy), can be seen below: