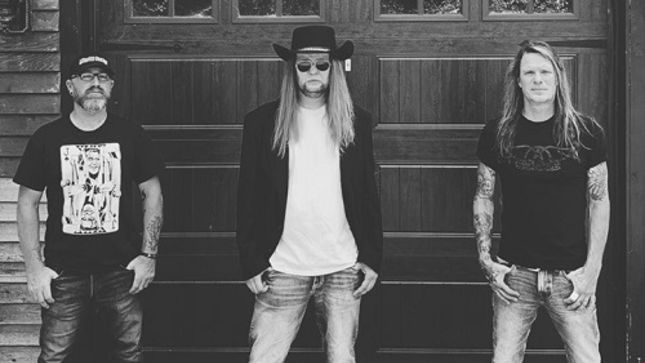 In a recent interview, Phipps stated, "I had crossed paths with Charlie at festivals over the years, and we knew each other. I was scrolling through Instagram and saw the ad and was kind of shocked because there was no drummer there. I told him I was living in Chattanooga, and asked for some more info, and later that afternoon I got a private message from him. We arranged a date, and I went out there to jam. I knew before we even played a note that it would rock, and it definitely did." Bonnet states in the same interview, "When I was a teenager we worshiped EMN because they were from Tennessee, and in our minds they were rock stars. So now life has come full circle, and working with Jim is a teenage dream come true. The music is sounding killer."

Phipps began his national recording career as the drummer for Memphis based hard rockers Every Mother's Nightmare, who released two albums for Arista Records, 1990's self titled Every Mother's Nightmare, and the 1993 follow up, Wake Up Screaming. The music videos "Love Can Make You Blind", "Walls Come Down", and "House Of Pain" received steady play on MTV's Headbangers Ball.

Bonnet began his career in the early 1990s with the Nashville based metal band, Disarray, releasing five albums. He then worked as a singer / songwriter, releasing several acoustic albums, before joining Warner Brothers act Big Smo as guitarist. In 2017 he released the critically acclaimed solo record, Sinner With A Song, co-produced by L.A. Guns founder, Tracii Guns. He has collaborated on recording projects with members of KISS, L.A. Guns, The Alice Cooper Band, Megadeth, Testament, Exodus, Gwar, and more.