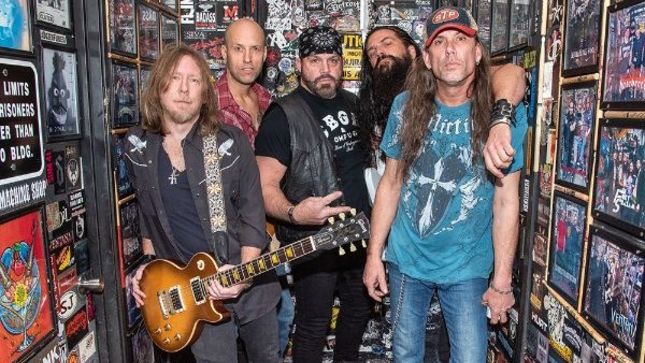 Memphis, Tennessee's Every Mother's Nightmare recently announced that they are recording a new album, but that hasn't stopped them from continuing to promote their back catalog.

The band and their label have just released another new video for the track "Pray", from the 2018 reissue Smokin' Delta Voodoo. Watch below.

EMN is on the climb and a very notable resurgence since the release of their last full-length original album, Grind. HVM released Grind in 2017, Smokin' Delta Voodoo in 2018, Backtraxx in 2019, and Grind on LP in 2019. The band signed with HighVolMusic in 2016, extended their contract in 2018, and now signing a new extension beyond 2025.

Founder and vocalist Rick Ruhl states: "Bill Chavis, that guy just doesn't stop! He never takes no for an answer and finds a way to make things happen. He shoots it straight. HighVolMusic is the best label I have ever been on. He cares and takes care of business and has done more for this band since we signed with him than anyone else. He's my friend, I trust him and can't say that for many."

Future plans are in the works to release additional back catalog including the first two Arista releases. Tentative release date for the upcoming release is June 5, 2020.