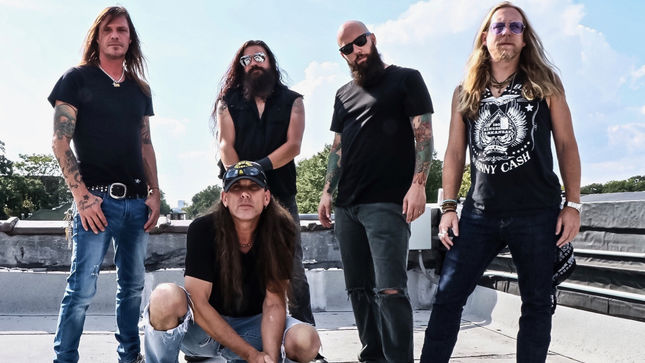 Jim toured with the band for several years before leaving the group in 1995. In 2003, Jim returned to do a 30-day tour and in 2008, when the band played at the Rocklahoma Festival. After the festival, Jim decided to pursue other opportunities, touring with the Jasmine Cain Band before returning home to Nashville, TN where he then auditioned for producer Michael Knox's project, Bush Hawg. Jim toured with Bush Hawg throughout the US, Japan, Canada, and Mexico as well as with other Nashville artists over the years.

Rick Ruhl and Jim met up while at the Nashville Rock N’ Pod Expo in August and over the course of the month started a discussion around the possibility of Jim returning to play with Every Mother's Nightmare.

“I’ve known Jim half my life, we started this thing way back and achieved something that we are very proud of. The chemistry is undeniable and when we write together it’s explosive. Everything about it felt right. From the conversation to meeting with the band to talking with our label and management to the final call to Jim. This band right now is a force to be reckoned with,” explains Ruhl.

“Rick and I have always been friends, something like 30+ years and we’ve always kept in touch. I've always been interested in what EMN is doing. They say timing is everything in this business. That time is now for Every Mother’s Nightmare,” says Phipps.

Now two original members strong and undeniable chemistry, the band is stronger than ever. Every Mother's Nightmare is ready to move forward and write the next chapter. With the highly anticipated release Grind due out October 6th on HighVolMusic, EMN is already writing and starting preproduction for their next record. There is no denying that it will be straight up rock n' roll EMN style.

“EMN would also like to take this opportunity to thank Lonnie Hammer for his time and dedication while in the band. We wish him the very best in his future endeavors.”

Grind will be distributed via MRi/Sony in North America and Cargo Records throughout Europe. The album features a total of 11 tracks and three videos. The enhanced CD contains the five tracks from the self-released EP, plus three brand new studio tracks, three new live tracks recorded from the band's performance at Minglewood Hall in Memphis, TN on August 21st, 2016 and the new video for “Push” along with the videos “Blown Away” and “Loco Crazy”.