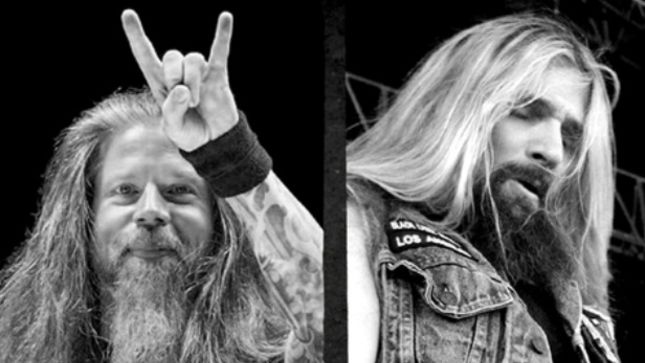 Eric Blair caught up with bassist James LoMenzo (ex-Megadeth, ex-Pride & Glory) for The Blairing Out With Eric Blair Show at NAMM 2020. During the interview, found below, LoMenzo revealed that he is working with ex-Lamb Of God drummer Chris Adler on a new project.

LoMenzo: "I'm making some music with Chris right now and a couple of other really talented fellows, and we're actually putting together music as we speak. And it's more metal-oriented, which I didn't dip my fingers in that for a couple of years. So that's exciting. I think it's a perfect blend of modern music and classic metal music, which I think is just based on the elements that are put into it. So I'm really excited about it. I think it's really exciting music. I think it's accessible music. A lot of older metal fans and younger metal fans will be able to grab on to both parts of it, and so we're gonna see if we wanna take it any further right now. We're still just making music and seeing how it sounds."