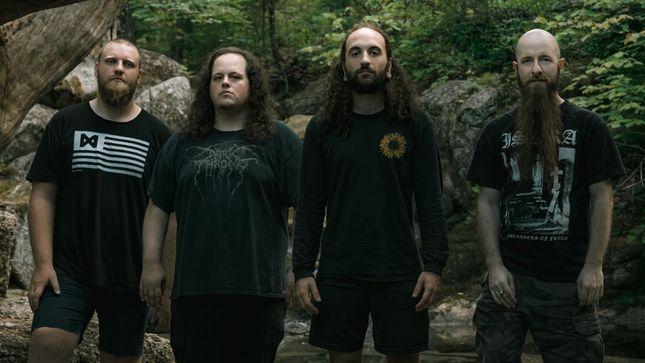 Ancient Thrones have a new single out “Divided/Dissolve”, taken off the anguish filled cosmic adventure found in their debut, under this new band name (formerly Abysseral Throne), the album The Veil. BraveWords is premiering the new single; check it out below!

“Divided/Dissolve” follows the character of the story into stage four of grief, where he is massively depressed by the revelation feeling the division from his world. From earth crushing riffs and face-melting guitar solos to the overarching theme of grief and devastation that the record encompasses, this single really ramps up the intensity. It stays a fairly constant onslaught of intense guitar riffs while still retaining a melodic edge.

Towards the end, it really shifts gears and slow things way down to some doomy type territory and a very textured fade out outro. The band explains the album in their own words:

“It is the face of endless tragedy through an impressive onslaught of exchanging guitar riffs which show the increased intensity of anguish in the latter half of the album. Pulling you through a hopeless path and digging through the painful burrow of crushing technical sharp death metal until you finally arrive at the earned and complete emotional climax of the record that is the Dissolve. This track takes no prisoners and tolerates no sympathy in its entirety, beckoning you to question your own sorrow and resistance to fulfillment.”

“The Veil” is a natural evolution in sound, form, and change in style that led the band to become Ancient Thrones. This is unlike anything the members have released before. Recommended for fans of The Red Chord, The Black Dahlia Murder, and Wolves In The Throne Room.

The full album will be available on Friday, November 6, with preorder on Bandcamp.