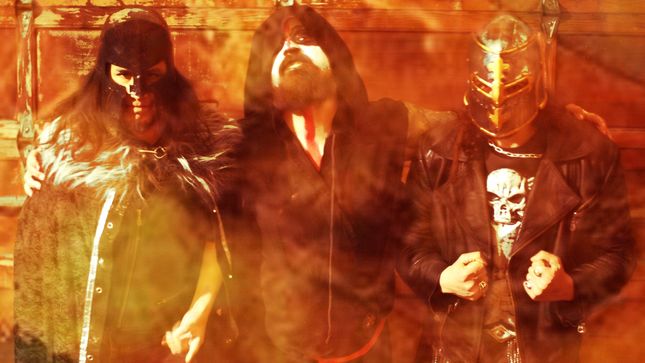 Hitting the road for show dates across Southern Ontario this summer in support of their new EP The Crucible Of Sin, metal warriors on a holy quest, Toronto's AxMinister have teamed up with BraveWords for the premiere of their new music video "Prey".

"'Prey' was inspired by that whole 50 Shades of Grey phenomenon. This video is a comedic telling meant to be shocking and sexy, as well as a little bit cheesy/cheeky."

Warriors of metal on a holy quest, AxMinister are inspired by Megadeth, Metallica, Slayer, Iron Maiden, Manowar and can be best described with a sound that of a sped up Type O Negative. 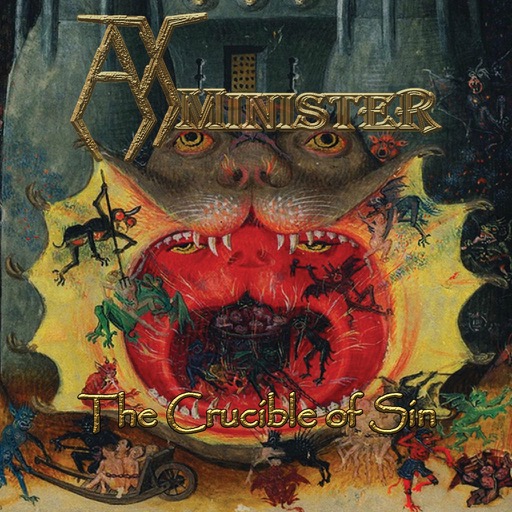 “Our EP The Crucible Of Sin sports a sense of humour. It tries to tell a… at times, nihilistic, story about love, lust, oppression, and redemption. Following every recording and show, we try to reflect on our own mistakes, and attempt to improve. We grew to understand our 90s thrash/traditional style of songwriting, and compose accordingly. This EP has that ‘90’s warm thrash sound akin to Megadeth’s Youthanasia album. We hope old and new audiences join us on a journey that is at times fictional, visual and imaginative, while other times introspective and contemplative. We like you to dance, head bang, and mosh to it.”