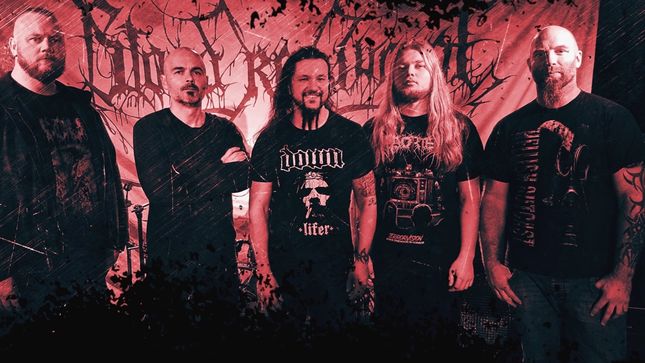 “Bloodity” is the new official video of Norwegian death metal masters Blood Red Throne, premiered through BraveWords! “Bloodity” is a take of BRT’s current album Fit To Kill, out now via Mighty Music. The video was made by Ivan “Meathook” Gujic and Meathook Productions.

Guitar player Meathook has compiled many clips from his own camera, as well as videos sent to the band from fans around the world. The video is a part of a longer video to be released in July that takes you to the center of what it’s like to hang with Blood Red Throne. It doesn't really show Blood Red Throne from a good side, but it is indeed, the right side.

About “Bloodity”, singer Bolt states “‘Bloodity’ is yet again a title with a word I made up. This one is a nod to Bowie who passed, and the work title for me was ‘Face Bloodity’, but that was not clever, and it became ‘Bloodity’, that I didn't tell anyone before was inspired by ‘Space Oddity’. The song is about my never ending hatred for religious warfare, death and terror for ‘god’ and so on. It doesn't shine through by ear, since my singing is not so understandable, but I always try to write clever lyrics getting my thoughts or emotions out, or describing fictive ugliness to empress a certain emotion on the ‘reader’ in the booklets.”