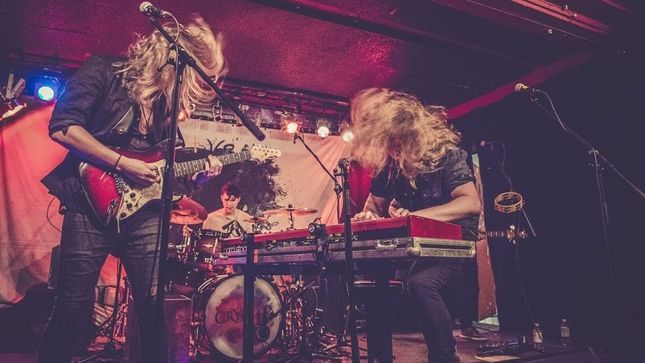 There are songs that last for and influence whole generations. And there are bands that do not only cover them but rather find an outstanding way to make them their own – so that an interpretation like this sometimes becomes so much more than just a cover version.
And there are really impressive examples of this – like the one Cryptex gave with an epic version of Savatage’s “Gutter Ballet” at this year’s 70000 Tons Of Metal Cruise, where they amazed several metalheads (and themselves) with how much this song seemed to be made for the band around singer Simon Moskon. Cryptex thereby inspire with a progressive passion that to date seemed to be a unique feature of Savatage.

But this must not remain an exclusive experience for selected sailors. And so the band has now recorded a live session video of their version of this masterpiece just before the start of their autumn tour. BraveWords is premiering this first result of the three-part Rain Shelter Sessions:

For the band’s Anthems of Glory Tour 2017, fans can not only expect an especially designed light show but also (and for the first time after the release of “Madeleine Effect”) brand new song material from the progressive rockers.