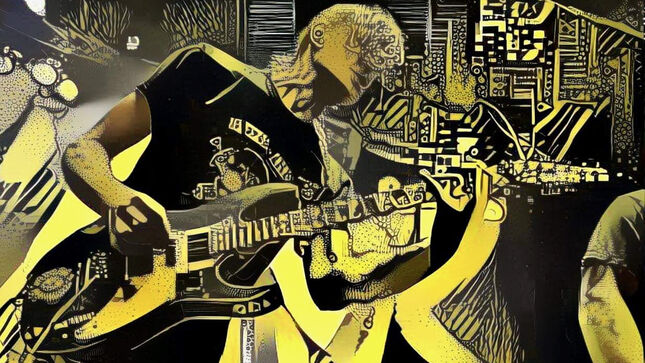 BraveWords is premiering "Kill Kill Kill", the new track from Canada's Dayglo Abortions. The song is featured on the new album, Hate Speech. Listen below, and get the track here.

Says guitarist/lead vocalist Murray (The Cretin) Acton: "My Mom told me I'm wasting my breath preaching to the choir and for the most part she was right. On this album though, it's the choir that the message is directed at. The punk rock community, like the rest of the world has become highly polarized around topics concerning individual identity and no thanks to  big media for setting fire to a highly volatile situation. I think we need to put the politics down (the politicians don't care about us anyway) and think very carefully about the type of world we are building for our children, and the best way to determine that is through open debate with all divergent opinions discussed. You may have noticed that the characters on the cover are not the ones that were cancelled.  They, like many of us, just what to know what fate has in store for them. I am hoping that there is something in this album that will offend everyone who listens to it enough to at least start thinking about these topics and maybe even get up and defend your beliefs. It doesn't matter in the big scheme of things if the Dayglo Abortions get cancelled over this, what matters is that the debate doesn't get cancelled."

About the album: "This album is dedicated to the people that helped us make it. Scott Bennet and Scott Henderson, for essentially talking me into making it, then offering their studio (The Lap Of Luxury) so we could do the pre-productlon work while in the middle of Covid-19 induced lock-downs. Then Rob Lawless, and Terry Paholek, for allowing us io Invade their studio (The Physics Lab) in Edmonton, Alberta, and for the brilliant work the did making it sound so good. Next is Matt Jak and Sherry Benson, and family, for inviting us into their home and putting us up in Edmonton. And finally Tyson Cale Boyd and the people at The Starlight for putting on the show that paid our travel expanses. Well why the fuck stop there, The Edmonton Jak's for always rocking out with us, and all of you for supporting through the years. Cheers to all of you."