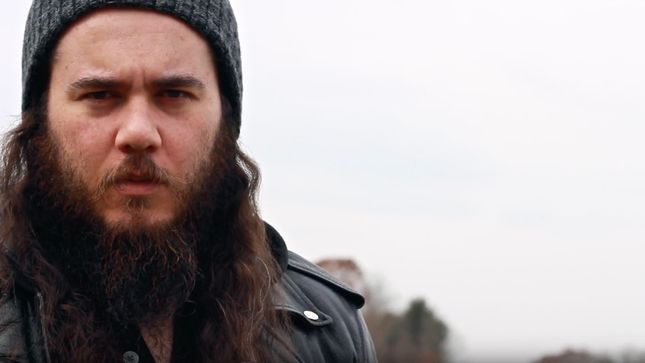 On December 21st 2011, the Canadian metal community lost one of its heroes, David Gold of Woods Of Ypres in a tragic car accident. On the 6th anniversary of his death, good friend and fellow metal brother, Morgan Rider of well-known Canadian death metallers Vesperia has released a tribute video covering Woods of Ypres' "Allure Of The Earth" under his acoustic doom, folk, blues, ambient and soul side project Deep Dark River. The video was shot in Whitby, UK, Sherwood Forest, UK and Clarington, ON. BraveWords is teaming up with Deep Dark River to premier this beautiful tribute to David Gold.

"I have recorded, filmed and edited a cover of the song I performed at his memorial (Allure of the Earth). A lot of this project has been inspired by David and his works, so I feel like this is an appropriate time to announce this project."

Deep Dark River's self-titled debut album is currently being recorded and is planned for a 2018 release.