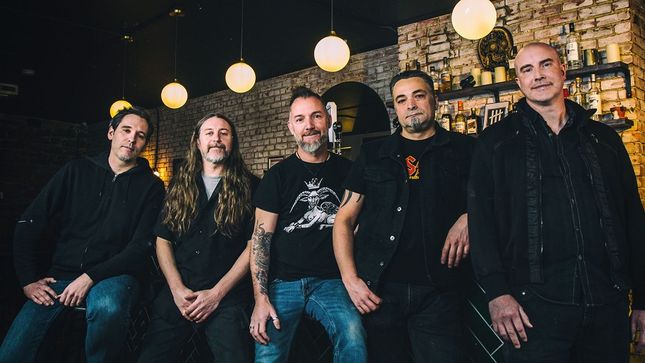 Since 1994, Ghoulunatics have been ravaging the underground with their personal blend of metal and hardcore and have built a solid discography of releases since then. As of April 26th, they will have a new addition, their first in over 10 years, the new single "Move Along" that continues their hardcore ‘rotten roll’, premiered exclusively on BraveWords!

"We hope our fans will be excited to hear new music from us. It will be the first new recording since the album Cryogénie in 2006. We are celebrating our 25th anniversary in 2019, so we wanted to celebrate with new tunes and go on the road more than we have these last couple of years. And let’s hope we can make new fans as well! Bring on the shows!! We’re back!"

Ghoulunatics is sure to please anyone who appreciates a loud, explosive, rockin’ good time, especially those already interested in bands such as Entombed, Slayer, Cancer Bats.