Exclusive: IMMORTAL Frontman DEMONAZ Talks New Album – “I Don’t Think We’ve Ever Been As Focused On The Songwriting” 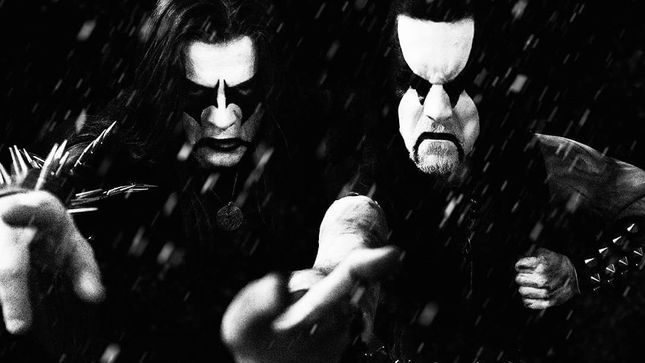 On April 14th, BraveWords scribe Carl Begai joined a group of international journalists for an exclusive listen to Immortal's new album, Northern Chaos Gods. It marks their first album in nine years - the follow-up to All Shall Fall from 2009 - and their first without frontman Abbath. In addition, it marks lyricist Demonaz's return to being an active and visible member of Immortal, stepping up as vocalist and the band's sole guitarist. Following is an excerpt from the forthcoming listening session feature.

On working on the new album without Abbath:

Demonaz: "You've heard the album, so you understand why we didn't put the band down. We had complications and disagreements with Abbath in 2003 so the band was down. When it happened the second time (in 2015) it was clear that we had to part ways. There was never any plan for this album. We were just working to make the ultimate Immortal album, which has always been the case. We're fine with Abbath not being here, we can cope with that. It happened and now we're still here, simple as that."

On the old school thrash influences heard on the new album:

Demonaz: "We never made a plan for this album, we did it song by song. It's all natural inspiration. When you talk about playing guitar, everyone has a style that develops over many years and becomes your signature in a way. In the back of our heads we wanted to bring something in that was 110% Immortal. We started from scratch in 2015 with the opening track on the album. We wanted a fast opener, and from there we got into the flow that created this album. There were no plans to do it in any sort of style, and I don't think we've ever been as focused on the songwriting as we were for this album. When you're in a band you want to make a record that's better than the last one, but I feel that instead of leaving the last album behind I think we moved away from a few of them (laughs). There are a lot of old school feelings on this album. Maybe that old school feeling shines through with the thrash influences that you're hearing."

The album will contain the following tracks: