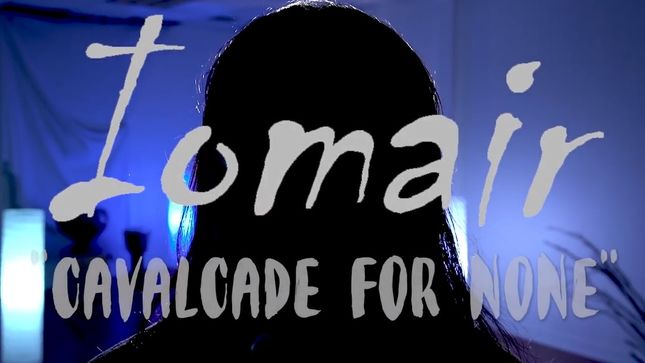 Their self-titled album released on Infamous Butcher Records this past September was written by band founder and drummer Dylan Gowan (Vesperia) as a way to cope with the personal challenges he has faced. The nine-songs on the release are a collection of musical stories that center on the universal themes of love, yearning, trials of life and self-reflection. Spanning a multitude of influences including folk metal, melodic death metal, prog and even Latin music, Iomair aims to delight listeners with often unexpected twists while offering an outlet for hardship. Iomair are suggested for fans of Opeth, Devin Townsend, Porcupine Tree and anyone who enjoys heavy, melodic progressive metal.

BraveWords is ready to reveal their new music video "Cavalcade For None".

Gowan adds about the album:

“All the lyrics involved are about personal struggles, relationships and the trials of life. These experiences inspired me to write so that I could walk away from those experiences intact rather than broken. All of the tracks on the album are all about the personal struggles we all go through in life, and I hope people will find comfort in these songs knowing that they are not alone.”