Exclusive: JUNKOWL Premieres Making Out With My Death Album Stream 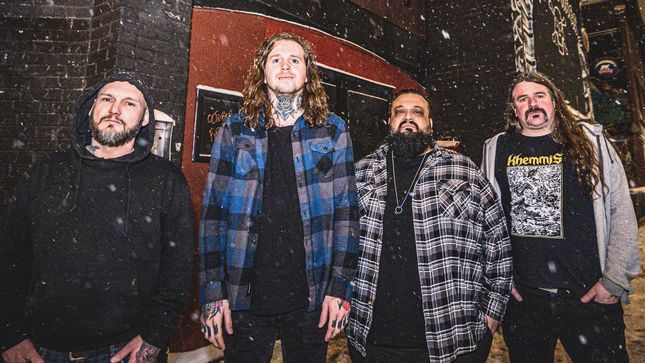 Oozing with rock 'n' roll vibes, Junkowl is coming for ya out of Montreal, QC, Canada. A slick combination of stoner riffs, hardcore energy, and groovy bass, the band's debut album Making Out With My Death is due out this Friday, June 5. Today, the 2019 "En Route To Heavy Montreal Champions" have teamed up with us at BraveWords for the exclusive full stream premiere of the album.

The band comments: "We’re really excited for this album to drop and for people to be able to listen to our music in a different way, and of course to have the opportunity to reach out to a larger audience. We just hope people have as much fun listening to this record as they do coming to our shows. That’s the goal anyway."

As a whole, the album is a slow dark ride. Heavy riffs; big dirty bass lines, in your face drums and gut-wrenching screams telling tales of self-loathing, confusion, and intoxication. This is a solid album, something to enjoy with a few beers, smoke a joint, and bang your head off for 30 minutes.

Vocalist Jesse Frechette explains the lyrical content on the album: “Most of my lyrics are about past regrets or self-destructive behaviour. Kind of indulging in negative thoughts and emotions. A lot of them were written while I was wasted. I like to think that the next album will have a much different lyrical theme but hey, old habits die hard.”

"Crawling Up My Feet" video: