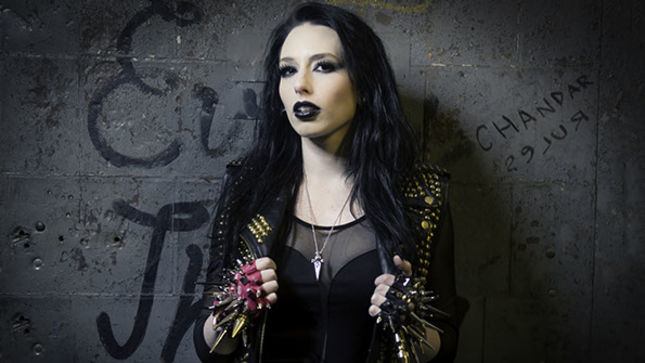 Madame Mayhem is one of the most striking rock performers to come along in some time - as seen in the new official video for the song "Left For Dead”. Created by Industrialism Films, the clip can be viewed below:

"Left for Dead" comes from the album, Now You Know, and was written by Corey Lowery and Madame Mayhem. According to the singer, "“Left For Dead” expresses the struggle of both a tumultuous relationship, and internal conflict with yourself to not be held down and to move forward."

“Monster”
“Perfect Nightmare”
“Something Better (Now You Know)”
“Left For Dead”
“Witchcraft”
“More Than Misery”
“Better Days”
“... After 2 Am”
“Nothing To lose”
“Under The Microscope”
“Sacrifice”
“Pain”
“Can't Stand”
“Anyone Who Had A Heart”