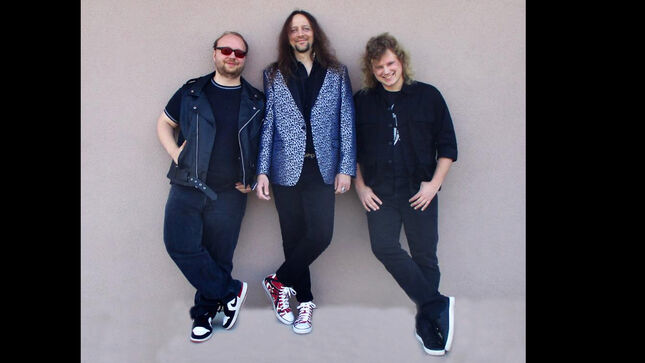 After releasing the first single, "Speed Demon", from the upcoming album, Kingdom Immortal, Midnite Hellion proffer their second single and video, "Phantomland" for your listening and viewing pleasure. BraveWords is premiering the video, which can be viewed below.

The band comments: "All aboard the stagecoach to 'Phantomland', the second single from Kingdom Immortal. The soulless will greet you, then whisk you away... it's a one-way ticket!"

Kingdom Immortal will be available via Power Chord Productions on January 21 on LP, CD, limited edition cassette, and digital. Pre-order on Bandcamp.

Midnite Hellion will support Loudness on February 20, 2022 at Dingbatz in Clifton, NJ.

“H.M.O”
“She-Demon”
“Phantomland”
“Rapscallion”
“Speed Demon”
“Resurrected”
“Army Of The Dead”
“In Sickness And In Hell”

Their debut album, Condemned To Hell, catapulted Midnite Hellion into the metal markets in 2017. The album was featured on the coveted “New Music Mondays” program on 89.5 FM WSOU. Heavy regional and national touring in support of the album was in order, most notably supporting Otep and The World Over in December 2018 in the Midwest and Mountain regions of the US.