Exclusive: MY HOLLOW Premiere “And Now We Fall” Lyric Video 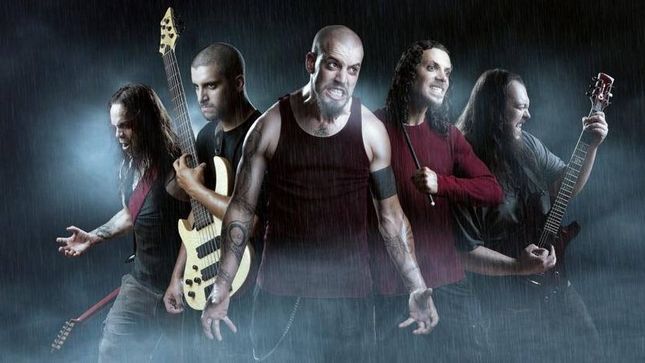 Toronto heavy-hitters My Hollow are premiering their new sound in their lyric video for “And Now We Fall” via BraveWords. This single is laying the foundation for their new style going forward, since their full-length On Borrowed Time (2015). It gives fans a sense of their songwriting, lyrics, and anticipated heaviness for the band in their thematic video by Gabe B. at P.S. Studios. The standalone track will “leave you hollow, and wanting more,” comments guitarist Greg Gallagher.

“Our new single ‘And Now We Fall’ has a lot a catchy riffs, heavy breakdowns and a more mature feel to the music than previous releases. We’ve been gearing more towards songwriting that is more evolved (than our back catalog) and really focusing on taking the listener to new places, without losing our initial passion and signature sound."

Since their conception My Hollow have managed to score opening slots with The Agonist, Cryptopsy, Threat Signal, Beneath The Massacre, in addition to earning a position at the 2013 Wacken Metal Battle Canada finals. The five piece will be wrapping up recording and preparing for a future album release as a follow up to their previous full-length in 2015.

Stream their 2015 album On Borrowed Time on Bandcamp.