Exclusive: OSYRON Premieres “The Ones Below” (A Song For Lost Loved Ones) Video 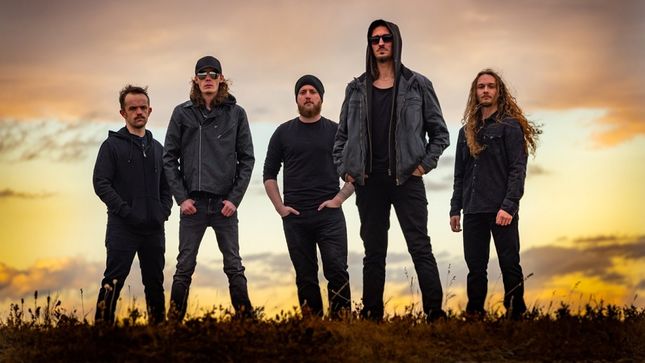 Calgary’s Osyron has a new album on the way, the explosive and thought-provoking Foundations releasing on July 10, 2020 via SAOL/The Orchard.

According to the band, Foundations is meant to be digested as an immersive exploration of Canadian history and identity, speaking on topics on the country's colonization to the mistreatment and recognition of Aboriginals to the country's participation in global warfare. Although it is not a conceptual release, it does bear a consistent theme across nearly the entirety of the record.

The band notes that this is the first album where each band member has contributed to the writing processes, which has resulted in a stronger, more refined production overall. Osyron shares their expectations for the album’s reception:

"We believe that the album will both surprise and challenge our current and new fans while still bringing back the big elements we are most known for (hooks, huge layered sections, melodies, and finger-twisting riffs, etc). We would like to think that our fans would accept this as not only the next iteration and evolution of us as a band but also as the artistic progression of the music.”

Today, Osyron brings their next video for the second single "The Ones Below", a track that stands alone from the themes of the album as a whole and pays tribute to the loss of a loved one or friend who has left our world. This is a track everyone can pay homage to the good times and not dwell on the bad. It's an upbeat song of hope that is inspired by the cheers of frosty mugs with a gentle touch down on the table soon followed. A salute to the ones below. BraveWords is premiering the heartfelt new video; watch below!

For fans of Nightwish, Dream Theater, and Wintersun; Osyron is progressive, powerful metal with a knack for engaging storytelling. Album preorders available here.

“The Cross”
“Ignite”
“Battle Of The Thames”
“The Ones Below”
“Foundations”

“The Ones Below” video: