Exclusive: OVTLIER Premiere "Who We Are" Lyric Video 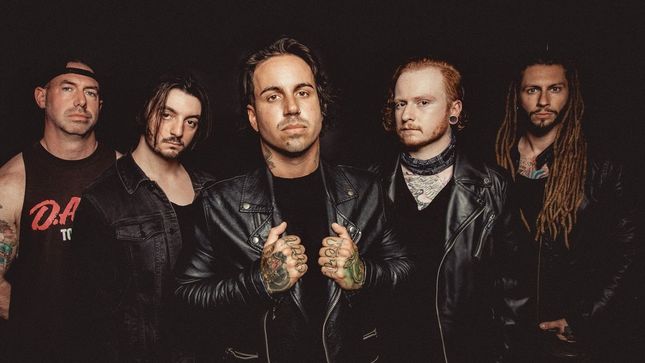 “'Who We Are' will hold a special place in the Ovtlier arsenal. A song that skims the surface of a personal hell; I have swept a lot of childhood trauma under the rug and just kept it moving throughout life. It feels damn near impossible to trust or let anyone in so I keep everyone at arms length. Something I am currently working on and because I am determined to re-wire some of my perception pertaining to that, I look forward to the day this song is only an artifact to a past self. Everything we go through starting with day number one is what shapes us into 'Who We Are',” says Ovtlier frontman Joe Arena.

Blast the new "Who We Are" lyric video now, premiered through BraveWords!

Ovtlier has grown into a roaring rock band of stadium ambitions. Led by the enigmatic frontman Joey Arena, Ovtlier has already captured the hearts of more than 60K daily followers online, more than 2.1 million views of fan-curated content on YouTube, over half a million streams on Spotify, appearing on ABC News, and selling out shows around the Northeast. Drawing influences from Breaking Benjamin, 30 Seconds To Mars, Korn, Periphery and others, Ovtlier brings the rock and metal edge to a new height of intensity.

Inspired by everything '80’s to '90s grunge and nu metal, Arena began playing guitar at the age of 11 on an old three-string guitar. After achieving commercial success with his band, Young Bloods, Arena re-centered himself and began traveling eight hours from Rochester to Cleveland in search of an identity. Playing sold-out hometown shows, touring the States and rapidly growing their fan-base among all types of music fans. Housing a hybrid sound that cross-pollinates into other sub-genres, giving a formula to freedom in songwriting and forever being able to validate surprise in their releases to come, Ovtlier has set out to deliver their most personal and intense work yet.