Exclusive: RUINS Premier “Shadow Of A Former Self” 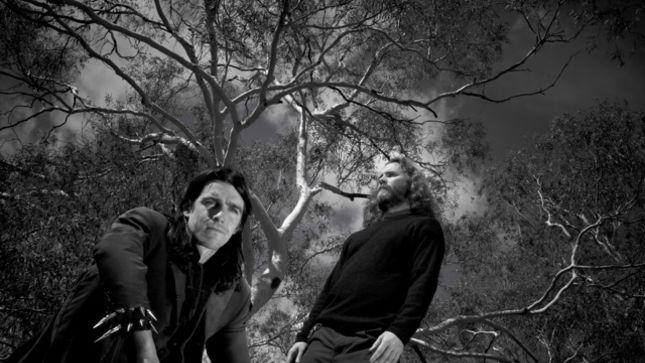 Australian black metal duo Ruins are preparing their Listenable Records debut and fifth overall Undercurrent, due out on October 28th. BraveWords is serving up the first track of the album with “Shadow Of A Former Self”. Listen now!

The writing/recording nucleus of Ruins consists of guitarist/vocalist Alex Pope, formerly of the post-punk noise-rockers Sea Scouts; and drummer Dave Haley, currently also drumming with Psycroptic. Both have also recorded and performed with The Amenta, and various other groups and projects over the last decade. Dave’s brother Joseph Haley is delivering the darkest riffs on the new album.

The band states: “The new album Undercurrent is a new beginning.  A reexamination of the thematics in which we have worked for the first four albums. Ruins have achieved a higher order of refinement, after nearly three years in production. As the title suggests, it presents an ominous and foreboding sense, looming within a strict and powerful framework.”

In a flooded market, populated by predominantly superfluous material, Ruins returns with the vital, timeless and true feeling of black metal.