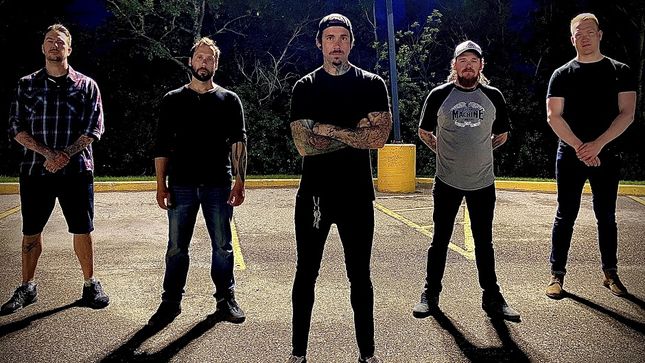 Hailing from Red Deer, Canada, The Myopia Condition is thrilled to be releasing their debut album Event Horizon this coming Friday, October 16 and before it officially drops, the record's full stream is being premiered today on BraveWords!

Vigorous, and tight, Event Horizon is composed of nine heavy tracks that take the listener through a range of emotions, with relatable themes and crushing guitars. The band shares their excitement in their own words:

“This album has something for every metalhead in our opinion, especially those inclined to listen to overtly heavy metal. Rhythmically the band's tightness and aggressiveness leave the audience stunned and wanting more. The harmonized screams, out of pocket riffage, chaotic thunder drums, and beautifully tasteful leads compile into a pretty awesome album. We can’t wait for the public to get a listen and we look forward to the future of this band.”

Three of the songs on the album were written a decade ago, with no intention of ever seeing the light, however, these three songs got the ball rolling, and the result is fast riffs, heavy breakdowns, and huge sound. The listener is in for a ride as they experience adrenaline-inducing riffage, high-intensity technical drumming that is spun into crushing buildups and breakdowns, tied together with blood curdling vocal highs and lows belting out passionate lyrics.

For a debut album, this is a solid offering that exemplifies years of musicianship and true chemistry that radiates from The Myopia Condition.

Album preorder is available on Bandcamp.