Exclusive: TIM "RIPPER" OWENS On Re-Recording His JUDAS PRIEST Catalogue - "You Never Know; I've Got A Lot Of Other Stuff To Record First" 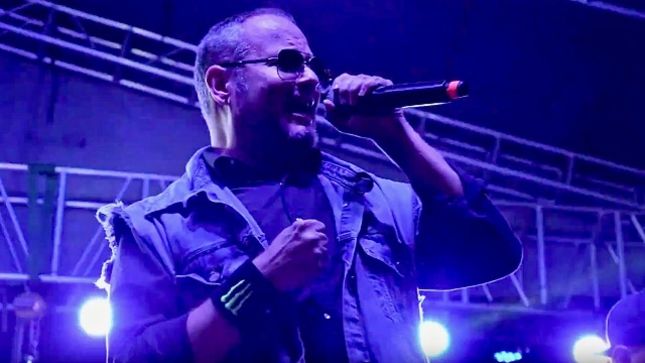 In 2018, vocalist Tim "Ripper" Owens was approached by fans during the European Three Tremors tour and via Facebook about the albums he recorded with Judas Priest being very hard to impossible to find. The albums in question are as follows:

"Yep. Great to see my time in JP has erased my CDs and me from their past! Well, I haven’t forgotten my past and I will be working on re-recording the studio CDs and releasing them myself! Why not?"

During an interview with BraveWords about Three Tremors - due to be published in the coming days - Owens was asked just how serious he was about going back and re-recording some of his Judas Priest catalogue.

Owens: "I understand why Judas Priest doesn't play my songs live, but I don't understand why the albums aren't available. That's the stupidest thing ever, so if you want to hear 'Bullet Train' or 'Dead Meat' or 'Cathedral Spires', come to one of my concerts. But, the fact is a solo record would come out before an album of re-recordings. I would love to do it so people can heart the songs without having to go to YouTube, but I've got a lot of other stuff to record first. You never know, it could be done."