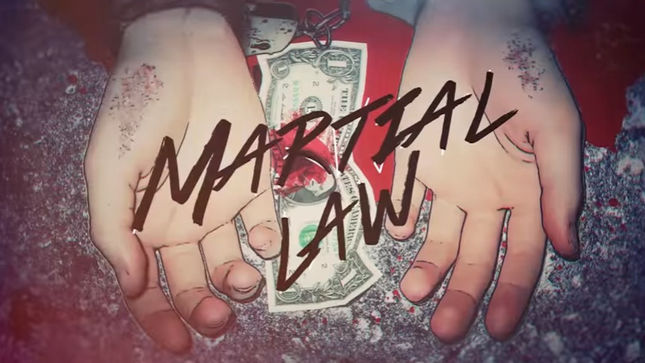 California metallers Vengince will release their new album Against The Tide on September 23rd via Unable Records. BraveWords is premiering the politically-charged lyric video “Police States Of America”.

CD preorders are available at Unable Records while digital preorders can be found on iTunes.

“In Revenge, We Trust”
“Against The Tide”
“Birth Of Plagues”
“Police States Of America”
“The Sickness Well”
“Rupture”
“Where The Dead Refuse To Roam”
“Of The Same Shadow”
“Life’s Proof”
“Take Me To Your Grave”