Exclusive: WEAPONS OF ANEW Premiere Video For Cover Of THE CHAINSMOKERS’ “Sick Boy” 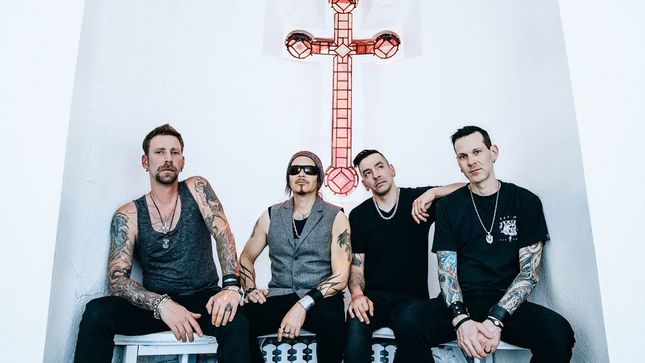 The band’s single is presently streaming nice numbers (over 250,000) via the Spotify play listing on New Noise, Rock Hard, Best Of Rock, along with Apple’s Breaking Hard Rock - and the track is inside the top 40 and climbing on active rock radio.

“There is a line in the song where it says, ‘How many likes is my life worth,'” shares Ordine. “The reality of that line hit home like few songs have in my life because of the pressure people have on them to be relevant at all costs. It was awesome and cathartic to be able to recreate such an awesome song and I hope it connects with people and makes them think, like it did with me.”