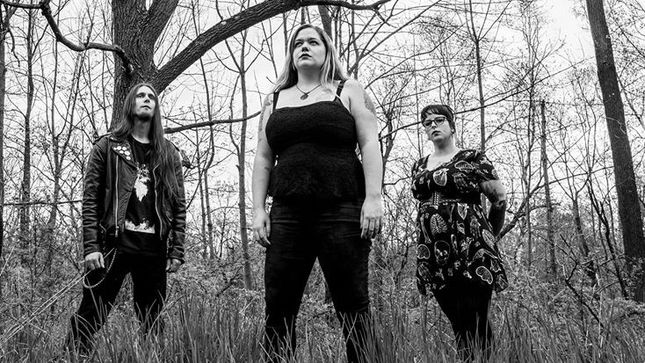 From North Bay, Canada comes Within Nostalgia and their gritty video for the single “Death Lifes' Lover” off their recent release Conjuring A New Reality. Check out the video, premiered by BraveWords, below:

Cold and haunting, the video shows off the band’s flair for combining styles, with a diverse mix of sounds ranging from sadness to uplifting all the while staying powerful and unique. As a live fan favourite it was chosen as their second single and ultimately a video. Going into the particulars of the track is front woman and songwriter Alyssa Broere:

“With its catchy hook and thought-provoking lyrical concept, this one is always a favorite for us to play as well. Amongst the catchiness and melody, the bridge brings forth a death metal feel that segues back into the melody.”

Conjuring A New Reality was released on October 5 and was met with an overwhelming local response. Taking notes from bands such as Agalloch, Katatonia, and Fen; Within Nostalgia creates a bleak melodic soundscape filled with honest emotion and aggression. The band says about the album:

“Conjuring A New Reality as a whole covers much musical ground in terms of sound. Peaks and valleys emerge, evoking vast emotions. We want to create something that allows fans to expand their minds as well as think and feel life and all its highs and lows.”

Conjuring A New Reality is available on Bandcamp, Spotify, and Apple Music.