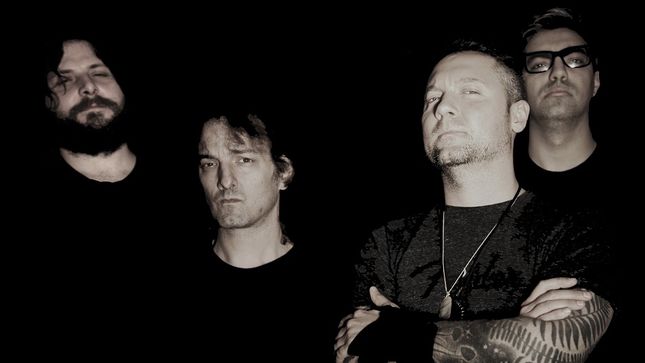 Founded in 2017 by guitarist Jeremy Perkins, Montreal's Wykan plays a blend of psychedelic doom, heavy blues, stoner rock and black metal in the classic format of bass, drums, and guitar. Their experimental and massive sounding music is best described as Pink Floyd meeting Black Sabbath meeting Mayhem for those who have never heard the band.

Set to release their sophomore EP Brigid: Of The Night on June 7th, 2019, to follow their 2018 debut EP Solace, Wykan is revealing their first single "Breo-Saighead (Triple Goddess)" through BraveWords.

"We want to give fans a trip for the mind, without barriers and hooks, just plain vibes and atmosphere. This next EP overall hits more classic riffing to go with each genre we touch in each of the songs. As a story, Brigid: Of The Night is about the Celtic Goddess known as Brigid. The whole thematic and three songs are a historical take on ceremonies and festivities based on her deity representation and relationship with the Celtic peoples of Ireland pre-Christianity," says Perkins.

The band's line up for the EP features guest drummer Simon McKay of The Agonist rattling his talents on track #3 Reul-Iuil Bride (Star of Brigid) along Wykan and Eohum founder Jeremy Perkins on guitar, vocalist Barrie Butler (Eohum, ex-Tard), bassist Corey Thomas, best known for his own Jazz ensemble Backwater Township and drummer Dug Kawliss (ex-Tempete) who is on tracks #1 Imbolc (The Cleansing) and #2 Breo-Saighead (Triple Goddess).

Brigid: Of The Night also follows the band's plan of releasing an EP every six to ten months and keep fans on a ceremonial run of emotion and space.

The EP will be available on Bandcamp as a $1 EP or as a Pay-What-You-Want download.