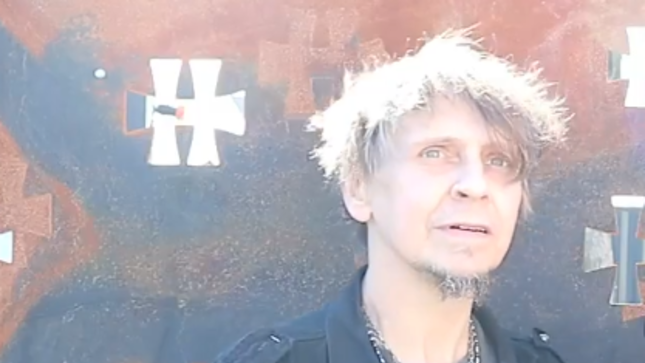 Eyehategod frontman Mike IX Williams was recently interviewed by Hayley Leggs at this year's Hellfest in Clisson, France. During their chat, which can be seen below, Williams commented on the fact that EHG is "now a four-piece band."

"Brian (Patton) our other guitar player, he quit, because he has a new baby. He has two kids now — and he's taking care of his wife's parents; they're having some health issues, I believe. So it's for a good cause, but he couldn't tour with us anymore. But it's fun being a four-piece; I like the sound and the vibe and everything. So it's kind of like a new era of the band."

Catch Eyehategod live in concert at the following shows: