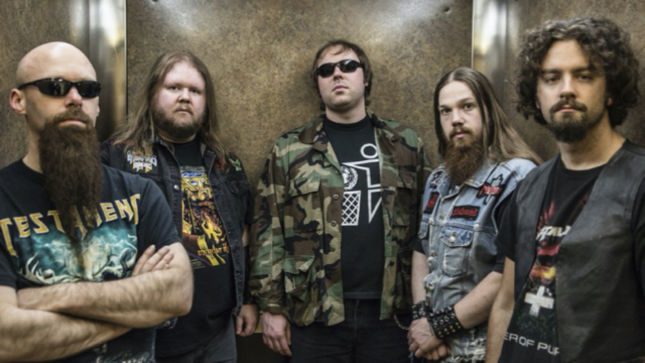 Seattle, WA thrashers, Fallen Angels, return in 2015 with their third studio release, World In Decay, produced by Grammy award winning metal producer/engineer Michael Rosen (Forbidden, Testament, Death Angel, Flotsam And Jetsam). The album is set to be released on August 4th via their indie label Cyberdyne Records. The band also plans to tour extensively this summer, bringing their explosive live show full of thrash and shred, which they are known for as a local favourite in the Pacific Northwest.

Check out the new track “Nightmare” below:

We want to thank everyone who has supported us, and we hope you're as excited as we are about the release of our upcoming album World In Decay. We know you've been waiting a long time for this third release and we can't wait for you to hear it. We hope this album will quench your thirst for new Fallen Angels music. See you on the road thrash fans!”, comments drummer Steve Spitzbart.