FALLEN ARISE Invite Fans To Vote For Next Video 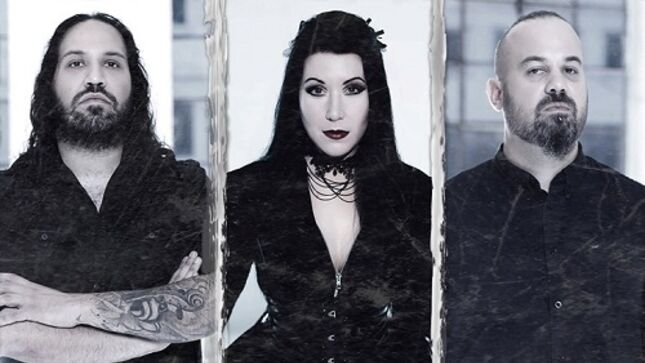 Athens based symphonic metallers Fallen Arise have invited their fans to vote for the band's next video.

"Looking forward to going out on the road again and after listening to your love for 'Forever Winter', we offered it to you by a beautiful video. Now, it's time for you to decide which song will be the next video we will create. By clicking on this link, you can vote through our official website for the song for which you would like to create our next video. The voting is valid until 28th of February. Thank you once again for the love with which you embraced Enigma!"

Just recently, Fallen Arise released a new official lyric video for the song “Forever Winter”, taken from their latest album Enigma which was released in April 2020 via Rock Of Angels Records (ROAR).

On this new offering, Enigma, the band wanted their music to sound as contemporary as possible, but at the same time to remain faithful to their melodic / symphonic roots. The main part of the overall arrangement and recordings took place in Athens, at Soundflakes Recording Studios with John Mcris being a close associate of the band and the sound engineer for the main body of this new work. Part of the recordings took place at the Rock Factory Studios in Siena, Italy by Nikos Zannis and Davide Fatemi as sound engineers. The mixing process took place at Hell’s Kitchen Recording Studio with John Mcris as mixing engineer. For the mastering process, Fallen Arise collaborated with Fascination Street Studios and Tony Lindgren as mastering engineer. The album artwork is created by Paul Culley and the layout by Miron Theodoridis.