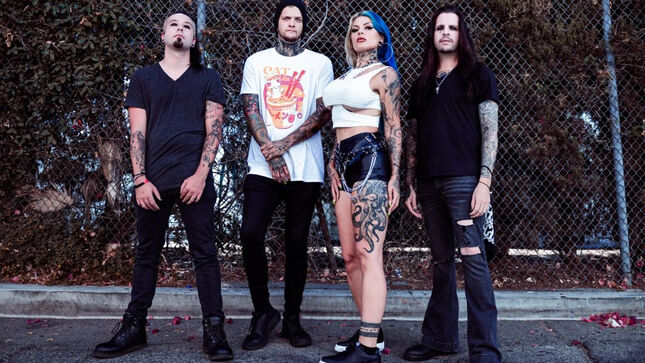 Fate Destroyed has revealed a video for “Death Signs" (ft. Jason Alessi), the first single from the Los Angeles metal collective’s upcoming EP, Two Toned Hearts, due out on October 1 via Dark Kingdom Records. Watch the video below.

“‘Death Signs’ is an artistic evolution for Fate Destroyed,” says vocalist Franccesca De Struct. “It examines the reclaiming of power both musically and in my personal life during the writing of the song. I wanted to explore a whole new sound and carve out our personal niche within the metal community. The fusion between metal, electronic and trap genres speaks to a desire to step away from industry standards to explore metal and its versatility into a modern era.”