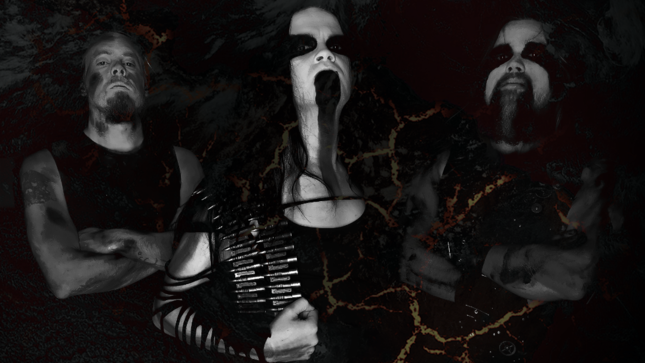 Finnish symphonic extreme metal band Plaguebreeder have released their Annihilation EP via Inverse Records. A music video for "The Root Of Extinction" can be viewed below.

The band comments: "The song on 'The Root Of Extinction' music video is an epic one, filled with ripping rage. We filmed the video with harsh approach because we wanted to assault the viewer with the raw aggression of our music. The Root of Extinction is an ode to nuclear devastation."

The Annihilation EP combines crushing blastbeats, fast guitars and brutal vocals with the doomsday atmosphere of a symphonic orchestra. In addition to the intro, video tracks "The Root Of Extinction" and "I Believe In Misanthropy" there is an older war themed track, "Children Of War", which is extremely fast and brutal. The last track on the EP is the longest and most epic Plaguebreeder track to date, "The Arrival Of Fire". In "The Arrival of Fire" there is, alongside with the aggressive stodge, melancholic melodies and a Finnish chorus. The track is about the end of the world caused by eco catastrophe.