Finnish Death Metallers OMNIVORTEX Unleash New Single / Video "At The Mountains Of Madness"; Debut Album To Be Released This Month 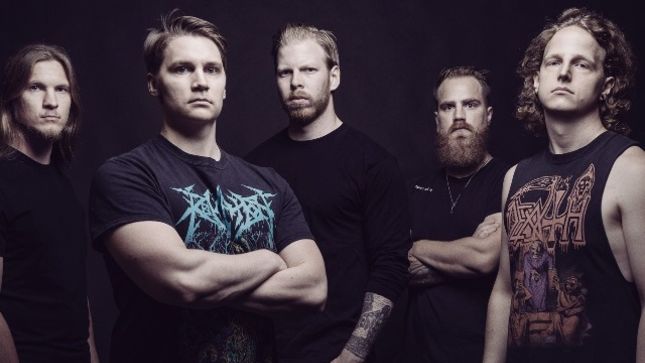 Following their first single release in August, Finnish death metallers Omnivortex have released their second song from debut album Diagrams Of Consciousness, out on November 20th via Concorde Music Company. Entitled "At The Mountains Of Madness", the band's lead guitarist Severi Saarioja comments:

"At The Mountains Of Madness' is one of the faster songs on the album; it is very straightforward and unrelenting. The middle part of the song is calm and more relaxed with different vocal melodies. From there it forms back in to a more brutal approach. Lyrically speaking, it is based on HP Lovecraft's novels, one of which the song got it's name from."

Check out the official video below.

Check out their first single, "Barren", below.