FIREWIND Guitarist GUS G. Guests On In The Trenches With RYAN ROXIE (Video) 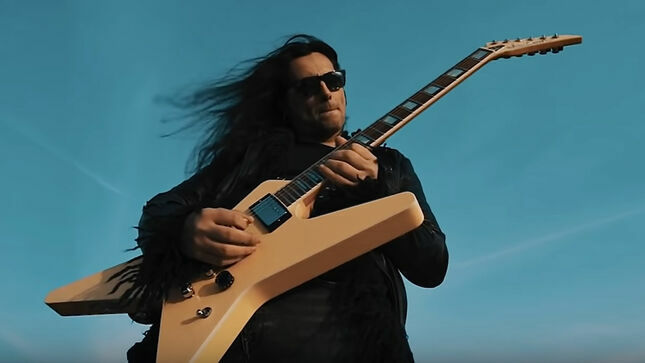 This week's episode of the In The Trenches With Ryan Roxie livestream podcast (November 26th) featured guitarist Gus G. (Firewind, Ozzy Osbourne, Nightrage) as special guest. Check out the  chat below.

Gus G. recently got together with his friends Strutter (bass) and Achilles (drums) to rehearse some of the tracks off his new album, Quantum Leap.

"We set up a few cameras and pushed the 'record' button," says Gus G. "We approached this as if it was a livestream. The video edit is done on the spot and the audio is raw with no overdubs. Engineered, recorded and mixed by Strutter at Valve Studio in Thessaloniki, Greece. Camera edit operation by Jimmy Tott."

Watch "Force Majeure" from the session below:

Watch "Into The Unknown" from the same session: