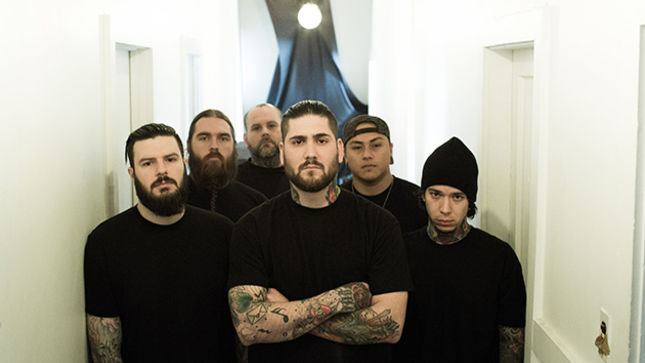 Guitarist and producer Will Putney summed up the new album best, saying, "It's our new and fresh approach to aggressive music, not a half-hour of blast beats and breakdowns."

While some heavy music fans love cliche, there has to be something more to add depth, breadth, scope, and staying power, and Fit For An Autopsy used that as a guiding principle for Absolute Hope, Absolute Hell. During the writing process, the band expanded their musical horizons and had the confidence to know that they possessed the skills to do something both different and inspired. That may sound very conceptual and esoteric, but once you turn the knobs as far to the right as they will go for Absolute Hope, Absolute Hell, which was self-produced at The Machine Shop, it will all become clearer.

“Murder In The First” lyric video:

The band is gearing up for quite a touring cycle through the end of the year into 2016. The first batch will be with label-mates Unearth in Canada. Click here for all tour dates.