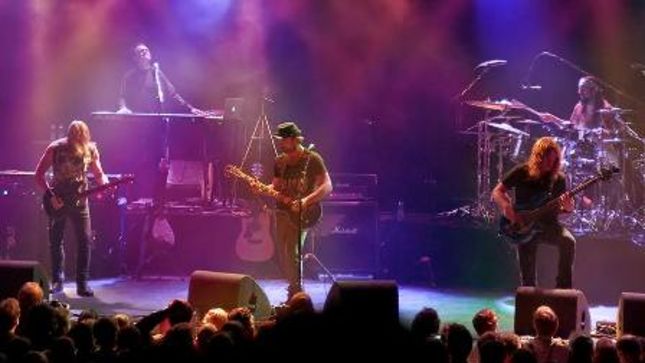 A message from the band: "A live interview with the full band on Reddit’s IAmA forum, where you ask the questions. Well, not just you. And not you if you’re not there. So be there! Ask Mike about his beard! Ask Neal about Mike’s beard. Ask Steve about his jet fighter (seriously). Ask Dave about his helper monkey (not so much). Ask Casey about his hat. Ask his hat about Casey. Ask Bill about writing this instead of his thesis."

Go to this location for information on how to take part in the Q&A session.

“Bombs Away” from Second Flight: Live At The Z7 can be seen below:

The band recently posted a video clip that they refer to as the Mike Portnoy ballad, "Furry Man". Check it out below: