Former AC/DC Bassist MARK EVANS Looks Back On The Early Days Of The Band; Getting Fired - "I've Nothing But Good Memories; A Lot Of Love And Respect For The Band" 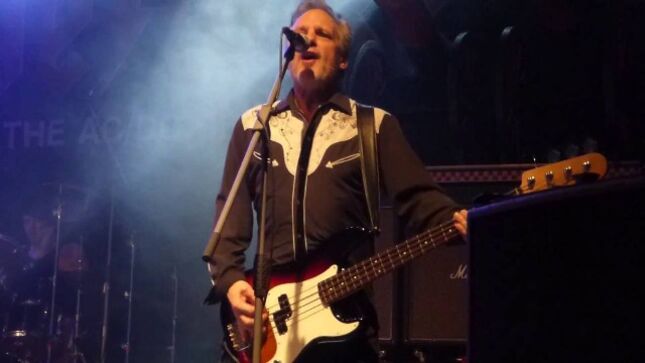 Former AC/DC bassist Mark Evans guested on Let There Be Talk this week. He goes deep into his history with AC/DC including his audition, the early tours, frontman Bon Scott, and the recording of Let There Be Rock. Evans is now playing with the Australian legends Rose Tattoo and hopes to be back out on the road this year.

Evans: "After I got sacked from the band, it became pretty obvious I wasn't the right guy for the band, and it's very obvious that Cliff (Williams) is. That's one of the things I'm really pleased with. I think the line-up of the band now is exactly how it should be. In the perfect world, you've got Mal (Malcolm Young) there too, but it's pretty much, basically, Stevie's in for Malcolm - that's basically the Back In Black line-up I think, isn't it? And that's the way it should be and it's natural.

I like a philosophical attitude. Some people could get bent out of shape by something like that (getting fired), but I look back and I've just nothing but good memories. A lot of love and respect for the band."