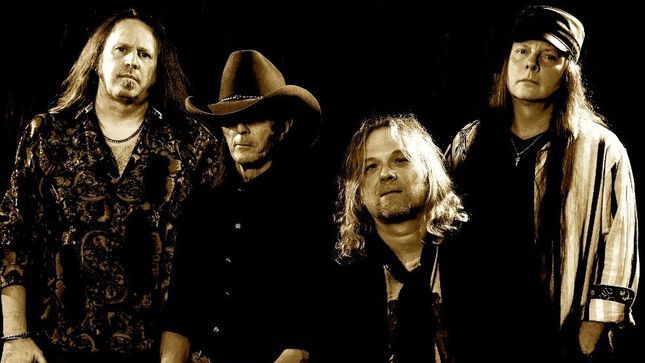 The show known as TDR Rocks or Totally Driven Radio has been rebooted as The Rock n Ragni show, which features its host, former ECW original pro-wrestler Bay "Chubby Dudley" Ragni doing his in-depth music interviews. On this episode, sits down and talk with Greg Chaisson, former bass player for Jake E. Lee In Badlands and Red Dragon Cartel, who has just released the debut album from his band, Kings Of Dust.

They discuss reuniting with Jake in Red Dragon Cartel, being given an 8-11 month cancer death sentence, Kings of Dust, and the bass playing Chaisson Brothers (Kenny in Keel, and Todd in Tuff).

Kings Of Dust have released a lyric video for the track "Ya, That's Me", which can be seen below.

"The song discusses being stuck with who you are. Good or bad," says singer Michael Thomas Beck. "This was one of the tracks that the rhythm section recorded in one take. There are several of those on the record. But this one Greg (Chaisson, bassist) and Jimi (Taft, drummer) just locked into something. It’s got a pretty interesting bass line to begin with. I’m not sure he would ever play it the same way twice. But we seemed to catch a swing on that take that really made the song groove in the way it needed to."

Kings Of Dust's self-titled debut as produced by the band's bassist Greg Chaisson, and engineered and mixed by frontman Michael Thomas Beck at SoundVision Studios in Mesa, AZ is in stores now through Shock Records / Vanity Music Group.

For further details, visit Kings Of Dust on Facebook.