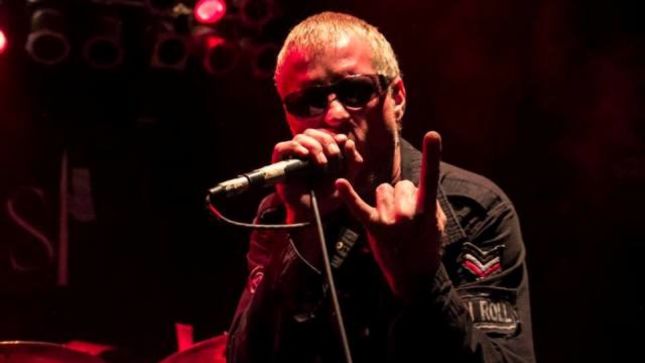 Hamburg-based Tragedian, who are completing work on a new album, have checked in with the following update:

"It's a beautiful morning in Hamburg, Germany today, blue skies and not a single cloud. Making the day better, we're happy to announce our second special guest on our forthcoming album. Ladies and Gentlemen, we give you Mr. Wade Black (War of Thrones, Crimson Glory, Leatherwolf)."

Wade Black, who rose to fame in 1999 when Crimson Glory released their comeback album, Astronomica, announced The Wade Black Project in 2019. He was planning to hit the European festival circuit in 2020 to perform material from the artists / albums he has been involved with, including Crimson Glory, Leatherwolf (World Asylum) and Seven Witches (Xiled To Infinity And One). This plans were, of course, puton hold due to the COVID-19 pandemic.