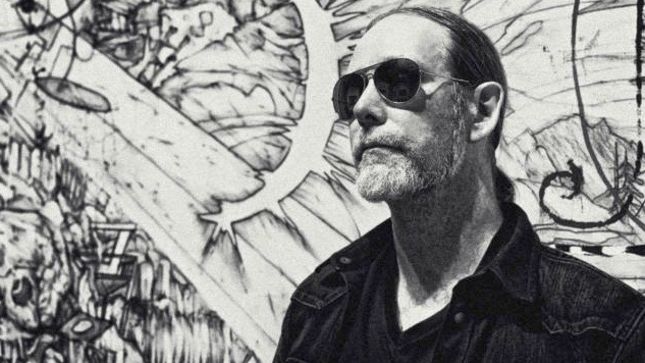 Following his critically acclaimed, self-titled debut album, which was released not even a year ago, the core of the music is still electronic and instrumental. but Sju Pulsarer displays a different and probably more “black metal” aspect of the project. If the first album mainly consisted of quiet meditations on space and time, Sju Pulsarer (Swedish for Seven Pulsars) throws the listener into the eye of a relentless cosmic storm, where layers of sound are shattered and rebuilt to the rhythm of ferocious percussion. As opposed to the first album, where every track had its own instrumentation and sonic signature, these songs are very uniform in style: Fast, urgent and chaotic, but still full of emotionally charged melodies and atmospheric soundscapes lurking beneath the surface.

Sundin comments: "The debut album was meticulously crafted, with a lot of time spent working on the instrumentation to make sure that each song would have its own distinct style and unique set of sounds. This time, I wanted to create something from the completely opposite vantage point. All songs - apart from the ambient outro - are all in a similar vein, performed with the same instruments, and read more like chapters in a book than separate entities. The intensity of the music and the repetitive and monotonous nature of the arrangements are meant to invoke a trance-like experience;  all in all it’s a short and focused album that’s best suited for concentrated listening from the beginning to the end."

Only a few days since the digital release of Sju Pulsarer, Mitochondiral Sun is following up with a brand new video, designed and created by Sundin himself. Dive into the cold grasp of Mitochondiral Sun and watch the vibrant, epic new clip for "Pulsar 3" below.

Sju Pulsarer was mixed and mastered in the renowned Nacksving studio in Gothenburg with Anders Lagerfors at the helm, and was released digitally on November 13th here. Vinyl and CD editions will follow in February 2021 via Mitochondiral Sun's label Argonauta Records with a pre-sale available at this location.

"As some of you know, I've had a break from playing with D.T. since 2016 in order to focus on family life. With the Atoma touring cycle now completed and a new album recording about to commence, the time is right to officially announce my departure from the band.

I'm very grateful for the experiences that the past 30 years have brought. We founded D.T. as teenagers without any musical knowledge, and somehow our songs took us all across the world, helped establish a new subgenre of metal, brought us several Grammy nominations and — more importantly — had a positive and life-altering impact on people all over the globe. This is extremely humbling, and more than what most artists ever could ask for.

However, it's no secret that I always enjoyed the creative process more than the performance aspects of being in a band, and the required extensive touring held less and less appeal with every album. The band and the fans deserve members that want to be on the road as much as possible in order to keep the (forward) momentum going, and for this reason I prefer to step aside and direct my musical creativity towards other areas. I'll still be involved in the visual side of D.T. and am working on the cover illustration for the next album as we speak.

I send my warmest regards to the guys in the band, the incredible crew and of course to everyone that supported us over the past three decades. As for future musical endeavours, my electronic project Mitochondrial Sun released its debut album last month, and there are several other projects and collaborations (both metal and non-metal) in the pipeline. Onwards!"