Former FATES WARNING Drummer MARK ZONDER In Praise Of Replacement BOBBY JARZOMBEK - "He Learned My Stuff Note For Note, And I Tip My Hat To Him" 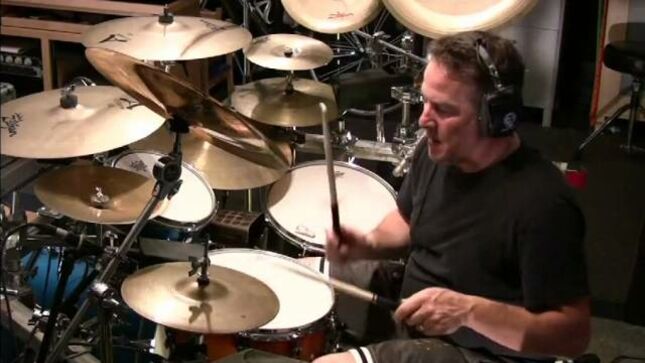 Drummer Mark Zonder, who was with Fates Warning from 1988 until 2005, recently guested on The ProgRock Digital Podcast, discussed his time with the band as well as current ZW Project. He also looked back on working with Graham Bonnet Band, Warlord, and offered his thoughts on replacement Bobby Jarzombek (Sebastian Bach, Halford, Riot), who joined Fates Warning in 2007.

Zonder: "The only drummer that Fates Warning ever had that really paid attention to previous songs was Bobby. I actually had him at my studio before he went out on tour in the very beginning, and he learned my stuff note for note. And I tip my hat to him, because all those other guys that came in and filled in, they didn't cop it. Whether they couldn't cop it, they didn't wanna spend the time, or they just couldn't physically do it and figure it out. Whatever the case may be, Bobby does it."

Mark Zonder comments on album: "Please listen to the Zonder/Wehrkamp album as new music, a new experience. Yes, it is Gary Wehrkamp and myself doing the entire record ourselves and artists trademark sounds usually come through the music, but this is not a Warlord, Shadow Gallery or Fates record. This is just Gary and I being creative in a dark, moody and atmospheric way. Enjoy the journey."

While Zonder/Wehrkamp takes the two musicians on a different path, their musical pasts are very much influences on their current project. "If It’s Real” resonates with a tenebrous emotional intensity wrapped in a more melodic, ethereal sound and philosophical take on progressive hard rock.

"The Next Big Thing" video: