Former GUNS N' ROSES Drummer MATT SORUM On The Passing Of MR. BIG Drummer PAT TORPEY - "Pat Was Such A Huge Part Of My Career" 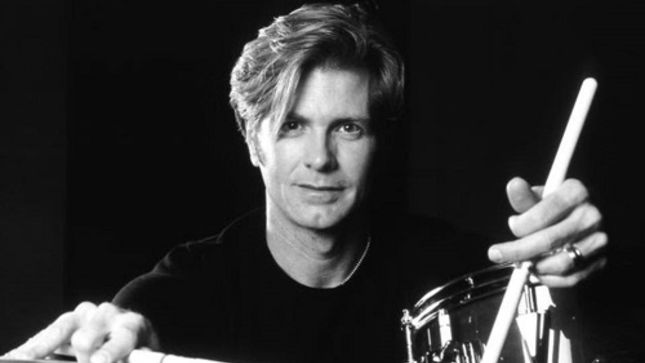 "Sad to hear about the passing of Pat Torpey. A great human being and musician," says drummer Matt Sorum (Guns N' Roses / Velvet Revolver). "Pat and I came up together in the clubs around Hollywood in the '80s. Pat was a go-to-guy, but was always supportive of me and handed a few gigs over to me when he wasn’t available."

"The first big break for me was a band called Jeff Paris Group, Pat did the first record, then left and mentioned me. I came in and did Jeff's second record, Wired Up. Then being asked by The Cult to join them in '88 after seeing Pat with Jimmy Page and Robert Plant, Pat recommended me to Billy Duffy and Ian Astbury so he could he could pursue his new band Mr. Big. I remember the first time GN'R went to Japan in '91. Mr. Big was Number 1 and we were Number 2."

"They were huge there and we always respected one another, although Pat practiced like a maniac at Mates Studio Daily while listening to Political Talk Radio. His drum chops were insane. He helped me in the mid '90s put together my drum video, producing and directing me. We also co-wrote a song for Mr. Big called 'Crawl Over Me'. I hadn’t seen him in quite a while now that people go in different directions. But Pat was such a huge part of my career, and I do feel very connected spiritually as one of those people that you meet in life that changes the course of your life."

"I owe you so much Pat. I hope you are at peace now my drumming brother. Condolences to family and friends and bandmates - Matt"

Drummer and founding member of Mr. Big, Pat Torpey, passed away Wednesday, February 7th at the age of 64 from complications of Parkinson’s disease. Family, band and management request privacy at this very difficult time. Services are pending.