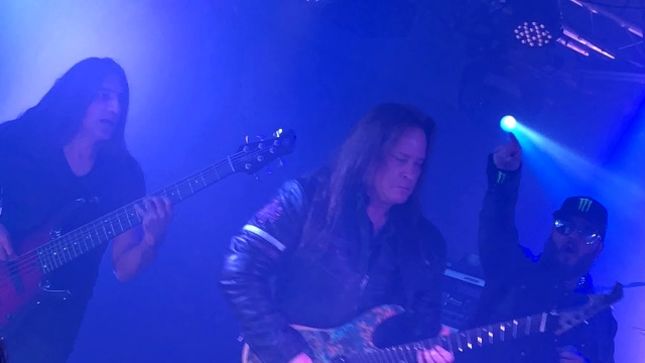 In addition to the previously posted clip of the guys performing "Before The Dawn", Downing has now released more footage, shot by Jari Asell, for performances of "Riding On The Wind", "Between The Hammer And The Anvil" and "Living After Midnight". Watch all clips below: