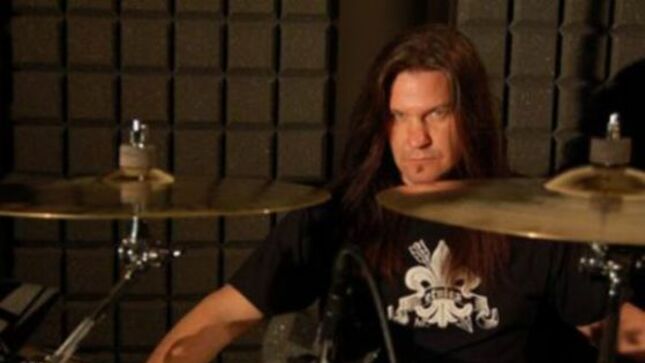 Guesting on the Nothing Shocking podcast, drummer Shawn Drover (Act Of Defiance, ex-Megadeth, Eidolon) revealed he has teamed up with his brother, guitarist Glen Drover (ex-Megadeth, Eidolon), for a new as-yet-unnamed project. The line-up is rounded out by vocalist Henning Basse (ex-Firewind, ex-Metalium) and bassist Joe DiBiase (ex-Fates Warning). He also discussed the curent status of Act Of Defiance, which he launched in 2014 with vocalist Henry Derek Bonner (ex-Scar The Martyr), guitarist Chris Broderick (ex-Megadeth), and bassist Matt Bachand (Shadows Fall).

On the new project with brother Glen Drover:

"It's a slow process, because life gets in the way. We all have things that we deal with, but when we have the time we work on it, and so far it's turning out to be really exciting. We're pretty happy with the material we've done so far. At this point, we're on song four. I think we're going to do eight or nine songs, and so far I've written all of them. It's just kind of how it worked out."