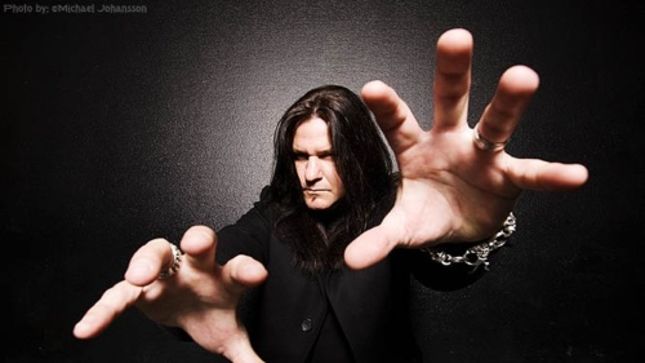 
Of course, folks have jumped the gun and rumours are now circulating, saying that former Scar The Martyr vocalist Henry Derek Bonner is the new singer for their as-yet-nameless band. BraveWords contacted Drover directly and he came back with the following:

"No idea where that came from. It didn't come from anybody in my camp. When we are ready, we will be making a full press release on everything."

Broderick spoke with Jose Mangin on SiriusXM Liquid Metal on December 17th. He discussed why he and drummer Shawn Drover left Megadeth and what his musical future holds.

"He was definitely disappointed," Broderick said of frontman Dave Mustaine's reaction to him quitting. It's not something that he wanted to hear or anything like that. The one thing that you want to know is, in a way, we were hired guns."


As for why Broderick ultimately decided to leave, "It was simply time. I'd been in Megadeth for seven years and I really wanted to just be able to have that kind of creative freedom to write anything I wanted to, to go anywhere with it that I wanted to and just kind of direct my own course."

"The way I kind of think of it is it's kind of not unlike a chef that works at a restaurant that decides that he wants to open up his own restaurant or maybe a lawyer that wants to start his own firm or something like that. It was a great time to move on. And I think, talking with Shawn, Shawn was in the exact same place. We had talked about it and we had thought about it for a little bit. And so when Shawn quit it was, like, 'Whoah! What happened?' I mean, I knew that we had talked about it, but he did it; he actually just left the band."
"We talk all the time, and so I knew that he had thought about it and I had been thinking about it. But as soon as he quit, I knew he had made the right decision because Megadeth is going to be ramping up for their next CD recording cycle, and if you've got trepidation about being a part of something, you don't want to commit to that process, the writing process, and then bail on them. And so when Shawn quit, that instantly became clear to me. I mean, if there is a good time to leave, that was it."


During a live online Megadeth fanclub chat on November 29th, bassist David Ellefson made it clear the band will continue: "As you can probably tell by me being here today, we are not disbanding. As of right now, we are looking at all the options, of which there are many. We'll certainly continue working on the new songs for the next record."

Megadeth frontman Dave Mustaine has yet to comment on the situation.